Objective: Urinary tract infections are one of the most common causes of morbidity around the world. Fosfomycin is a specific broad-spectrum antibiotic used to treat these infections. However, in recent years, many studies have reported increased fosfomycin resistance in Enterobacterales isolates. Therefore, this study aimed to evaluate the distribution of pathogens isolated from urine samples and find the fosfomycin resistance rates over nine years (2012-2020).

Urinary tract infections (UTIs) are seen in all age groups and are among the most frequent bacterial infections. Enterobacterales are the most common bacterial species that cause UTIs (1). Escherichia coli is the most common cause of both complicated UTIs (65%) and uncomplicated UTIs (75%). E. coli is followed by other Enterobacterales such as Klebsiella spp., Proteus spp., and Serratia spp. (2, 3). Resistance of urinary tract pathogens to antibacterial agents (amoxicillin-clavulanic acid, trimethoprim-sulfamethoxazole, and ciprofloxacin), widely used for empirical treatment, is gradually increasing worldwide. In European countries, the resistance of E. coli to amoxicillin-clavulanic acid, trimethoprim/sulfamethoxazole, and ciprofloxacin has been reported to range from 5.3% to 37.6%, 10.5% to 39.8%, 14.6% to 21.4%, respectively. (4, 5). In addition, some studies have reported that extended-spectrum β-lactamases (ESBL) are increasing among Enterobacterales (6). Current guidelines do not recommend the usage of the antibiotic for empirical therapy if resistance to the antibiotic locally does not exceed 20% (7). Currently, fosfomycin has become more critical in treating UTIs because of increasing resistance to other agents and its limited adverse effects. A single dose of 3 g is recommended for the treatment of uncomplicated UTIs (7, 8).

Fosfomycin is an inhibitor of the MurA enzyme, UDP-N-acetylglucosamine enolpyruvyl transferase; thus, it inhibits the synthesis of peptidoglycan, which is necessary for bacterial cell wall synthesis (9). It has a broad spectrum of activity against most of both Gram-positive and Gram-negative bacteria (10). Because of its unique structure and action mechanism, cross-resistance is uncommon. However, mutations in MurA cause inherent resistance to fosfomycin in some bacteria, such as Chlamydia spp., Mycobacterium tuberculosis, and Vibrio fischeri. Fosfomycin-susceptible bacteria like E. coli usually develop resistance with mutations in the uptake systems. The susceptibility of ESBL-producing E. coli isolates was reported as 81%-100% and  15% -100% in ESBL-producing K. pneumoniae isolates (12). A study conducted in Germany, Belgium, and Spain showed that only <1.5% of E. coli were resistant to fosfomycin (13). In another study conducted in Switzerland, fosfomycin resistance among ESBL-producing E. coli was reported as 1.4% (14).

In this retrospective study, all urinary samples from both outpatients and inpatients sent to the microbiology laboratory of Ondokuz Mayıs University Medical Center from January 2012 to December 2020 were enrolled. In addition, demographic data, such as patient age and gender, and laboratory data were extracted from the hospital records. Only one urinary culture from each patient was included in the study. 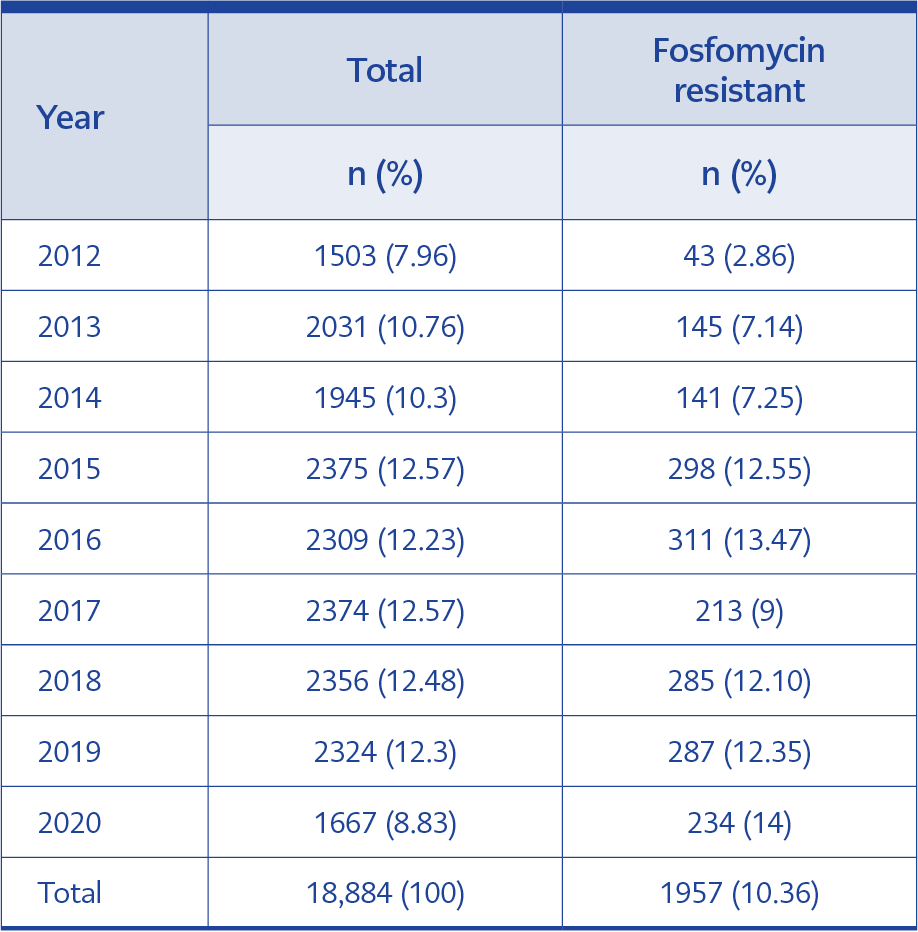 Table 1. Number of isolates and fosfomycin resistance
rates over the years.

Table 3. Fosfomycin susceptibility and resistance in
isolates from inpatients and outpatients’ clinics. 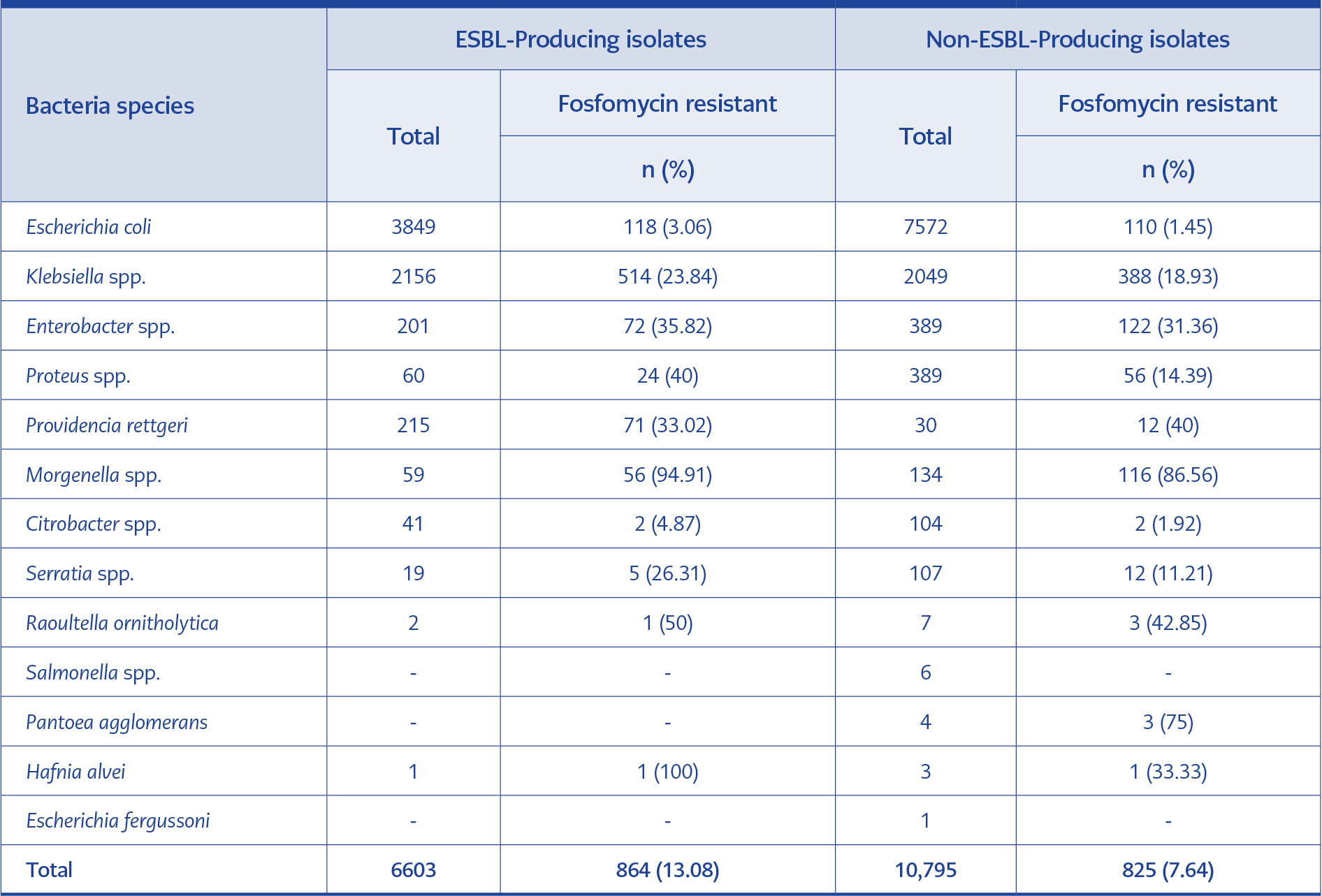 Table 4. The associations between ESBL and fosfomycin resistance among all bacterial species.

Our study has some limitations. First, since it is single-centered, it is insufficient to represent the whole country. Furthermore, it is retrospective, and some data, such as the clinical status of the patients, prior antibiotic use, risk factors for infection with resistant bacteria, and whether the patients had asymptomatic bacteriuria, uncomplicated UTIs, or complicated UTIs, were not available and not included in the study.

Ethical Approval: The Clinical Research Ethics Committee of Ondokuz Mayıs University approved the study on August 02, 2022, with the decision number of OMU KAEK 2022/355.