HIV as a Chronic Disease: Are Primary Care Physicians Ready?

Objective: As HIV infection is becoming a chronic entity, the role of primary care physicians (PCPs) in diagnosis and treatment is getting more significant. We aimed to assess the attitude and competency of the PCPs about HIV infection compared to other specialties and describe the areas for improvement.

Materials and Methods: A survey was conducted between 1-31 May 2017 among physicians from different specialties. The questions related to HIV infection in their clinical practice, competency, and knowledge about the transmission and preventability of the disease and their attitude towards suspected patients were asked.

Results: We included 492 physicians in the study, consisting of PCPs (32%), infectious disease specialists (IDSs) (13%), internal medicine specialists (IMSs) (30%) and surgeons (25%), practicing in 25 different cities in Turkey. When asked about HIV, 98% of IDSs considered it as a chronic disease, with 35% thinking that it is similar to non-communicable disease (Diabetes Mellitus, Hypertension, Lymphoma). HIV was not a curable disease according to 87% of PCPs, and 21% in IDSs. The 70% of PCPs thought that HIV infection could be transmitted with vectors (p<0.001), although they self-rated their knowledge above the average. According to 34% of PCPs, HIV was transmissible through shared utensils (spoon, fork, glass), according to 50% public pools and toilets could be a source for transmission (p<0.001). Upon diagnosis, only 53% of IDSs provided psychological support to patients, and this rate declined to 1% in PCPs (p<0.001). 28% of PCPs had concerns about treating HIV patients (p<0.001).

Conclusion: The potential role of PCPs in the follow up of HIV infected patients would be increased. However, there are significant knowledge and attitude gaps related to HIV infection among PCPs in Turkey. By thinking of increasing the role of primary care, training, and education programs should be implemented for PCPs.

In 2019, more than 36 million people were estimated to be harboring HIV, and the epidemic caused 39 million deaths worldwide to date (1).  New adult infections have been declined by 17% between 2007 and 2017 globally(1). Meanwhile, the incidence has an increasing trend in Turkey (2,3). The current treatment strategy for HIV infection is centered around antiretroviral therapy, which reduced the number of the disease attributed deaths by 48% between 2005 and 2016 (1). Due to its manageable status, the infection was accepted and treated as a chronic disease by many physician (4).

As the HIV infection is becoming a chronic disease, physicians other than infectious disease specialists (IDSs), such as primary care physicians (PCPs), are getting more involved in the treatment and follow up process of the patients (5,6). Moreover, HIV/AIDS patients need psychological support because of being discriminated against by society. The PCPs should be ready to manage the medical and psychological problems of the patients.

Previous studies showed that family physicians encounter HIV positive patients in their daily practice either in diagnosis or treatment for other diseases (5). Healthcare workers showed inadequate knowledge on HIV/AIDS (7-9). Stigmatization towards people living with HIV/AIDS among health care workers has been widely discussed in different studies (10-13). Discrimination against people living with HIV/AIDS (PLWHA) may interfere with the help-seeking behaviors of the PLWHA (14-16). Turkey has a limited number of documented data to assess the medical specialists’ ethical and medical behaviors towards PLWHA. Thus, the significance of discrimination and its contributing factors is questionable. Recent studies addressed the discriminative behavior of healthcare workers due to a lack of experience and knowledge (17,18). This study aimed to assess the attitude and competency of the PCPs about HIV infection compared with other specialties and describe the areas for improvement.


An online survey via Software Qualtrics consisting of 41 questions was conducted between 1-31 May 2017 among physicians from different specialties. The survey consisted of demographic information and three main parts: HIV infection in physicians’ clinical practice, knowledge about the transmission and preventability of the disease, and personal attitude towards HIV positive patients. In the first part of the survey, eight questions were asked physicians to determine how frequently they encounter HIV positive patients, sources they apply to update their information about HIV, and the algorithm they use with HIV positive patients. The second part of the survey focused on the theoretical knowledge of the participants. Thirteen statements were given about HIV infection and its transmission routes. Participants were asked to choose “True”, “False” or “I do not know” for each statement. In the third and last part of the survey, 15 statements were given to participants. We wanted them to consider each statement as “I do not have an idea”, “I strongly disagree”, “I somewhat disagree”, “I neither agree nor disagree”, “I somewhat agree”, or “I strongly agree”. In this part, we aimed to determine physicians’ attitudes towards HIV positive or HIV suspected patients.

In the analysis of the second part, the questions measuring HIV knowledge, we gave +1 for each correct answer, -1 for each wrong answer, and 0 for blank ones, and calculated a final score out of 10.0 for each participant.

Each statement was evaluated separately in the analysis of the last part. The percentage of participants choosing one of the statements “I do not have an idea”, “I strongly disagree”, “I somewhat disagree”, “I neither agree nor disagree”, “I somewhat agree”, or “I strongly agree” was calculated among the groups of specialties. The significant threshold for P-value was set as <0.05. Only the significant values were taken into consideration. All statistical analyses were performed with the use of STATA software (16v, Texas, USA).

Table 1. Key findings from the survey are summarized

90% of PCPs self-rated their knowledge about HIV as “none” or “low”. On the other hand, this applied for only 10% of the IDSs. According to the knowledge scale, IDSs were ranked first (average of 9.3/10), and followed by surgeons (8.0/10) and IMSs (7.0/10). Meanwhile, PCPs got 6.2/10. Key findings are summarized in Table 1. In a separate question, participants were asked about their competency to diagnose and treat HIV patients. Compared to 85% of IDSs, only 9% of PCPs considered themselves “medium/average or above”. 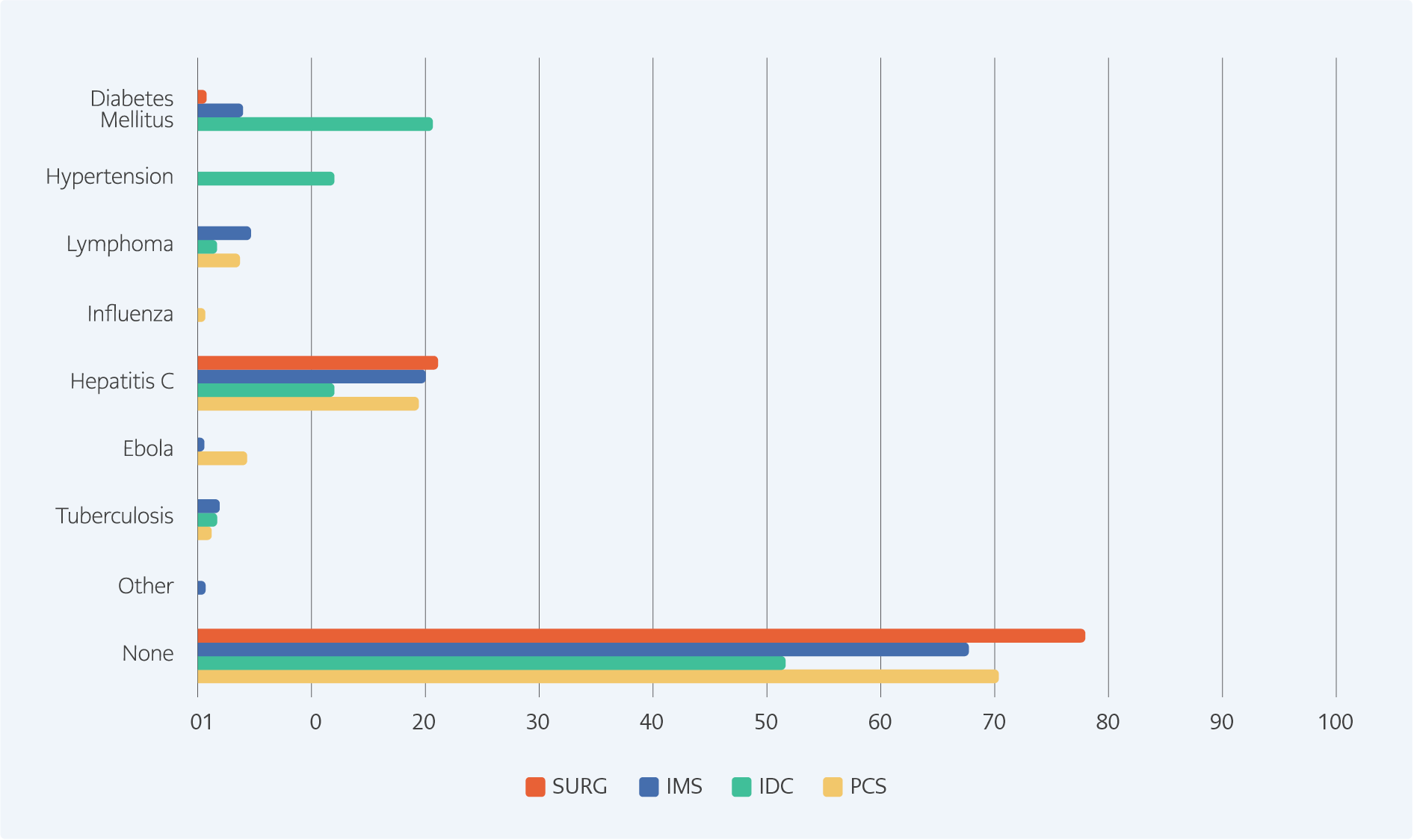 Figure 1. “With which disease do you correlate HIV when you explain to patients?”

In 2016, 20% of PCPs encountered at least 1 HIV patient every month in their clinical practice. 23% of PCPs agreed on the statement: “Nowadays HIV is a chronic disease.” This value approached 98% in IDSs. In another question, we asked with which disease they correlate HIV infection specifically. While 70% of PCPs could not find any similarity with another disease, 35% of IDSs thought it is similar to non-communicable diseases like hypertension, diabetes, and lymphoma. Further details on this question can be seen in Figure 1. According to 54 % of PCPs and 1.5 % of IDSs, the average life expectancy of an HIV patient was less than ten years.

Overall, 81% of physicians agreed that an HIV patient needs more attention than another patient with chronic disease. Only 1 % of PCPs and 53 % of IDSs stated that they provided psychological support to their patients. 6% of PCPs explain the treatment methods to diagnosed patients before referring them to a specialist, while 92% of IDSs do so. None of the PCPs received specific education about the explanation of the infection, although they encountered at least one HIV patient every month. All of them reported difficulty in explaining the situation to the patient upon the diagnosis/ascertainment of the disease. However, 78% of IDSs received specific education, and 69% mentioned they do not have any difficulty in explaining the patient’s situation. Questioned about the healthcare center they were working, the majority of the PCPs reported inadequacy regarding diagnosis (97%) and treatment (98%). In IDSs, these values were 39% and 31%, respectively.

Physicians were found to be distressed about treating HIV patients in several aspects. 36% of PCPs were afraid of getting infected when examining patients. Similarly, 61% reported distress about infecting their family members after treating patients. 22% did not feel comfortable if their colleagues or other patients were informed about him/her treating HIV patients. Among IDSs, the incidence did not exceed 5% for any of these questions. Demonstrating/describing the relationship between HIV patients and their caregivers from an ethical perspective, the percentages of participants that agreed with each statement are summarized in Table 2.

Being the first admission place, PCPs should be competent for the assessment of an HIV patient. 90% of PCPs who considered themselves inadequate in terms of knowledge and 69% of the rest were proven to do wrong even in questions like whether HIV can be transmitted through vectors. Considering these physicians self-rated their knowledge as medium or higher about the transmission of the disease, and 56% saw at least one patient per month, education appeared to be essential. As 17% of PCPs thought there was a vaccine available for HIV, the patients seem far from receiving appropriate treatment options.

IDSs managed more HIV patients in their clinical practice and were more aware of the disease’s facts, as shown in our scale, and they treated the disease as a chronic condition. IDSs might have associated HIV, especially diabetes and hypertension because they are chronic, controllable, and not fatal. Consequently, for HIV positive people, the average life expectancy of the majority of IDSs exceeded 20 years.

PCPs, who encountered fewer patients in practice, did not tend to associate HIV with any other disease. The rest associated the disease with Hepatitis C and Ebola because they had similar transmission ways (iv drug use and sexual transmission) and high mortality. Since the latter is rather contagious, PCPs overestimated the transmission of HIV. More than 50% mentioned that life expectancy for HIV patients did not exceed ten years, possibly because they were unaware of the current treatment (19,20).

Although 81% of all physicians in our study agreed that an HIV patient required much more attention, they did not reflect this in their clinical practice. For instance, most PCPs and IDSs did not provide psychological support after diagnosis or explain treatment alternatives. These are the weaknesses of the healthcare system and needs urgent improvement.

We found that 28% of PCPs and 21% of surgeons preferred not treating HIV patients if they had the opportunity to abstain. This could be related to the lack of knowledge about the transmission of the disease, detected by our knowledge scale. IDSs and IMSs, having more profound knowledge, had significantly lower rates of preference for avoiding HIV patients. Physician’s education seems to be the main determining factor from this aspect. In previous studies, additional training for healthcare workers was reported to decrease the stigmatization of HIV patients (21-23).

Most of the IDSs stated that “Under certain conditions, an HIV test can be applied to a patient without his/her knowledge.”, however like other infectious diseases such as influenza, hepatitis C or tuberculosis, HIV tests cannot be performed without the consent of the individual.

The sample size could be larger; however, our significant findings are sufficient to describe Turkey’s situation. In terms of knowledge and attitude, we detected a dramatic picture of active physicians. However, since the responders could be the ones who have a higher interest in the topic, the real situation could be even worse.

Considering problems stemming from a lack of knowledge and ethical misconduct, we believe medical and deontological training as the sole solution. Especially transmission ways and treatment strategies should be focused on during the training.

Since the incidence of HIV is increasing significantly in Turkey, PCPs will encounter more HIV positive patients in the future. Taking the importance of primary care into consideration, the role of PCPs as being able to diagnose HIV positive patients is increasing. However, there are significant knowledge and attitude gaps related to HIV infection among PCPs in Turkey. Therefore, special training and education programs should be implemented for PCPs. This study also suggests that the in-depth psychological approach of physicians should be improved. This approach is vital for the management of HIV positive patients because society is prone to have prejudices about the patients. Prejudices affect both the life quality of the patients and also their treatment efficiency. Therefore, physicians need to gain a more professional attitude.

Acknowledgements: The authors would like to thank KLIMIK (Turkish Society of Clinical Microbiology and Infectious Diseases) for their support.