Objective: We aimed to analyze antimicrobial susceptibilities by a molecular evaluation of extended-spectrum beta-lactamase (ESBL) positive of the isolates from community-acquired complicated intra-abdominal infections (CA- IAIs) in Turkey.

Conclusion: In our study, ESBL positive gram-negative pathogens were >10%. Quinolone resistance was >% 20, so that quinolones should not be the first choice for the treatment of serious IAI’s in our country. Cefoxitin resistance was still low in E. coli isolates from CA-IAIs. Regular surveillance data can guide empirical antibiotic therapy in community-acquired intra-abdominal infections. It should emphasize the importance of sampling for culture to surgeons for guiding empirical therapy in the future.

Complicated intra-abdominal infection (cIAI) is defined as localized or diffuse peritonitis with the involvement of multiple intraperitoneal organs (1, 2). Source control and appropriate empirical antibiotics are essentials of the treatment. There are few clinical and microbiologic studies regarding cIAI in Turkey (3,4). Empiric antibiotics were selected due to diagnoses; community-acquired IAI (CA-IAI) or healthcare-associated IAI. Guidelines published on this topic lack definitive criteria for CA-IAI (1,2). Previous interventions and hospitalization must be ascertained. In light of this information, we defined CA-IAI based on multiple criteria and conducted this study to contribute to local microbiological and antimicrobial susceptibility data in Turkey.

We defined CA-IAI, as patients had no history of hospital stay and abdominal procedure in the last three months. Eighty-one adult patients were included in the study from three tertiary hospitals in Marmara (39, %49), Aegean (34, %42), and the central Anatolia region (8, %9.9).  The total bed capacities of the hospitals vary from 640 to 1005, with 42-63 beds in the general surgery department and about 50 beds on average in the adult intensive care units. In each center, only samples obtained by intraoperative or percutaneous drainage were evaluated. The patients’ age, gender, primary disease, comorbidities, type of surgical intervention (operation or drainage), length of hospital stay, and culture and antimicrobial susceptibility results were recorded. Superficial specimens and isolated from in situ drains or drainage bottles were excluded. Although Marmara (3) and Aegean study centers (6) had  extended-spectrum beta-lactamase-producing (ESBL-producing) strains, the central Anatolia center had no resistant strain. ESBL-producing strains and cefoxitin-resistant strains were collected at a single center for molecular analysis.

Specimen culture, identification, and antimicrobial susceptibility: Bacterial identification was performed by routine phenotypic methods when growth was detected in cultures of abscess material and peritoneal fluid samples obtained from the infected area by an intraoperative and percutaneous drain. Antimicrobial susceptibilities were evaluated according to Clinical and Laboratory Standards Institute (CLSI) recommendations. Inducible beta-lactamase (IBL) and ESBL production were evaluated using the combined disk method and automated system panels (5). Intrinsically susceptible isolates, which were phenotypically positive for screened resistance patterns, were preserved at the individual centers and sent to the central laboratory for molecular investigation of the beta-lactamases.

Molecular characterization of beta-lactamase genes: Presence of bla genes for CTX-M group (CTX-M-1, -2, -8, -9), TEM, SHV, and PER-1 and plasmidic AmpC families (MOX, CIT, DHA, ACC, EBC, and FOX) was evaluated in E SBL-producing and cefoxitin-resistant isolates, respectively, using PCR methodology as described previously (6-8). The results were confirmed by direct sequencing of both strands of the bla genes (Macrogen Inc, Korea) and analyzing the resulting sequences with Mega 5.02 and BLAST programs. 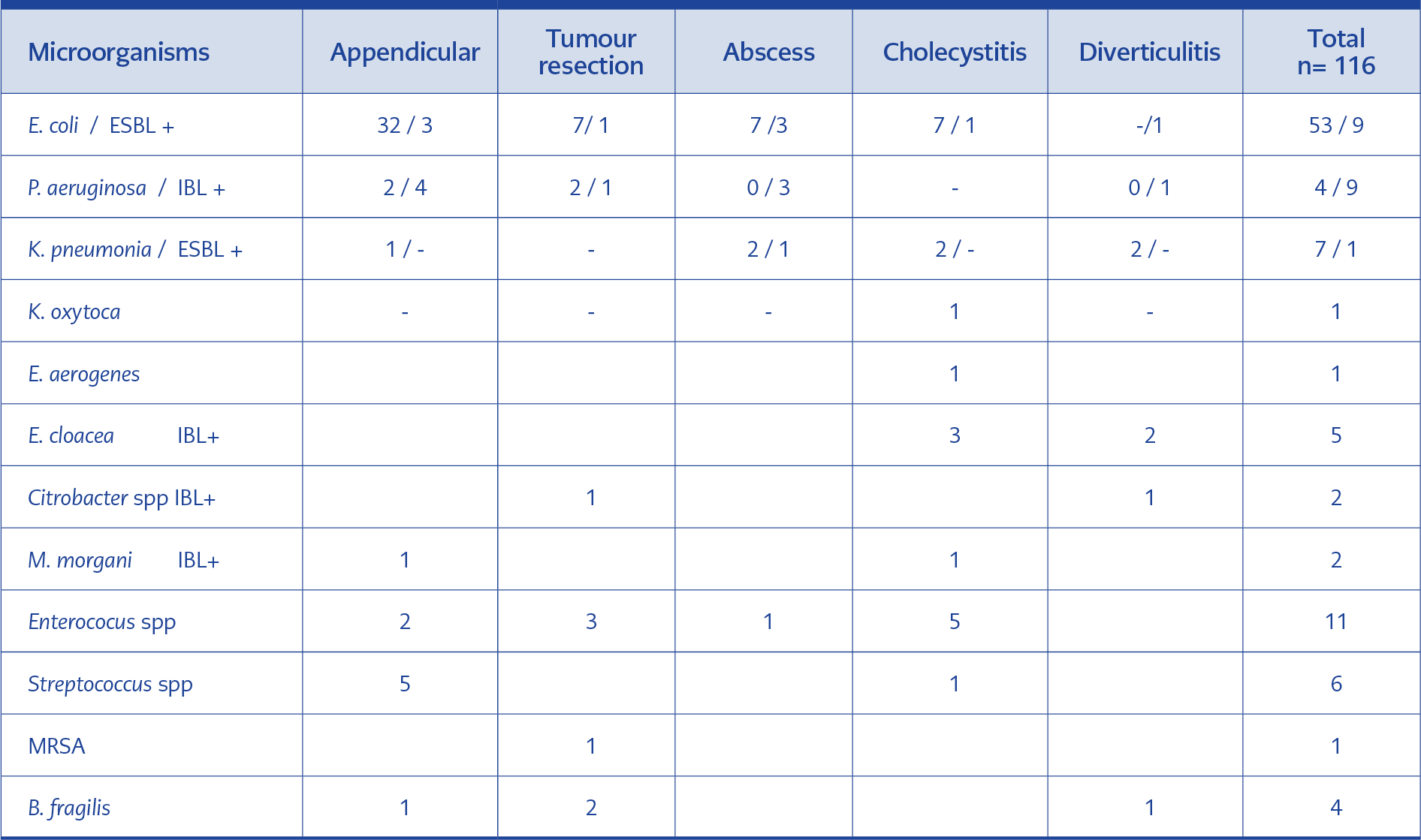 Table 1. The distribution of microorganism according to the infection site

We isolated 116 pathogens belonging to 12 different species. The most common gram-negative pathogen was Escherichia coli (E. coli) 62 (76.5%), gram-positive pathogens were Enterococcus spp. 11 (13.6%). The distribution of microorganisms, according to the infection site, was shown in Table 1. ESBL production was detected in 10 (12.3%) isolates, nine (11.1%) in E. coli and one (1.2%) in Klebsiella spp. IBL production was detected in 18 (22.2%) isolates (in Pseudomonas aeruginosa, Citrobacter spp., Morganella morganii, Enterobacter spp.). The rate of ESBL positivity in all E. coli strains was 14.5% (9/62). Of the nine ESBL-producing E. coli, 7 (77.7%) were resistant to ceftriaxone, 5 (55.5%) to trimethoprim-sulfamethoxazole, and 3 (33.3%) to quinolone. Mixed infection was in twenty-seven cultures (33.3%).  There was no ESBL or IBL production in isolates from the center in the central Anatolia region. Antimicrobial susceptibility patterns of the gram-negative isolates were shown in Table 2.

The molecular analysis for the beta-lactamases revealed that all ESBL-positive E. coli isolates produced one or both of TEM-1 and TEM-2 broad-spectrum beta-lactamases. Five (55.5%)  isolates produced CTX-M-type ESBLs (CTX-M-1 group [CTX-M-1, CTX-M-3, and CTX-M-15] in four and CTX-M-9 group [CTX-M-14] in one). Mutant PER-1 enzyme genes were not detected in any of the isolates. 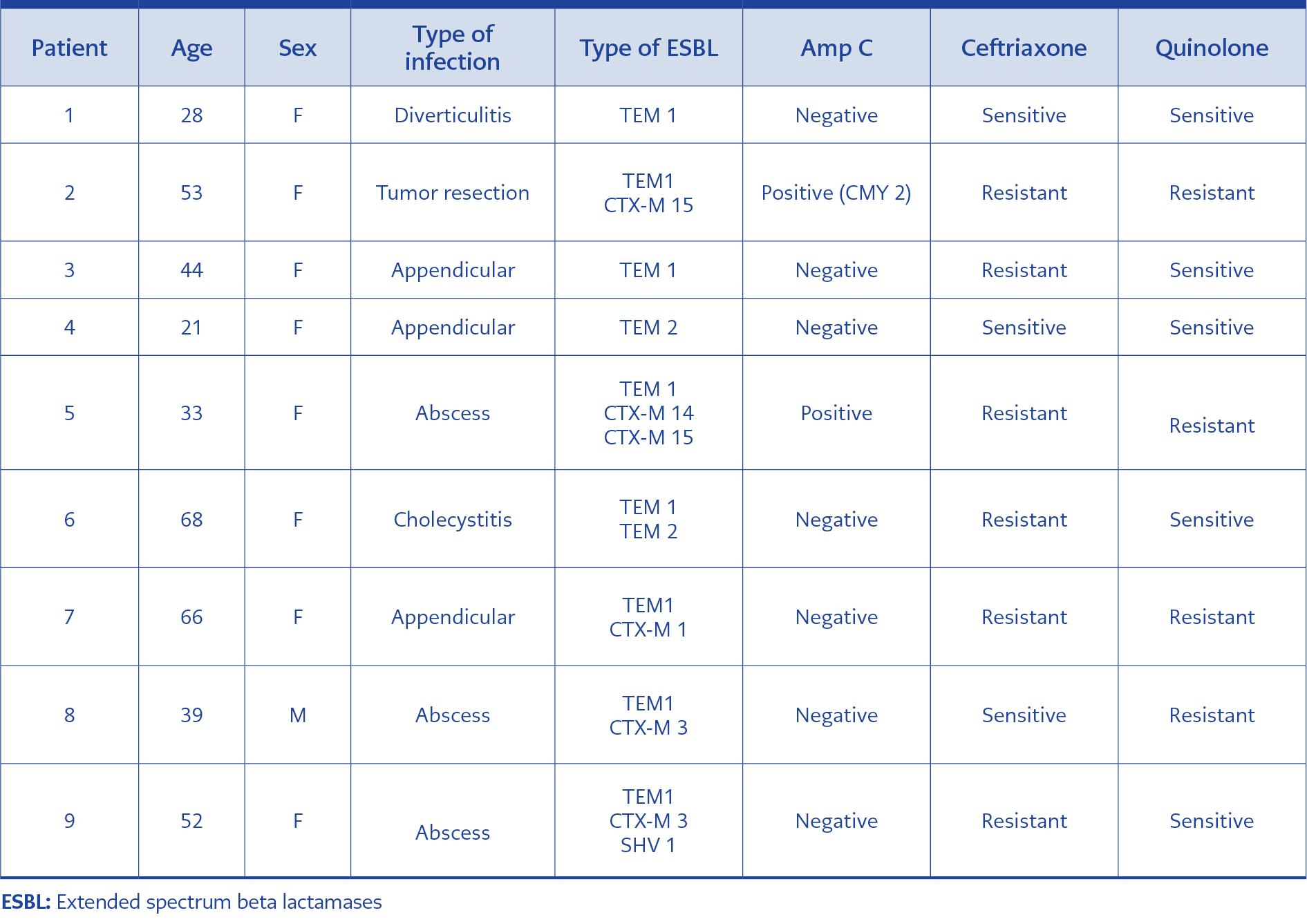 Table 3. The features of patients with ESBL positive E. coli

Two of the E. coli isolates were both ESBL-producing and cefoxitin-resistant. In two cefoxitin-resistant isolates, pampC gene analysis was performed by multiplex polymerase chain reaction (PCR), and CMY-2 enzyme was detected in one (1,6%) isolate. This strain was isolated from a 53-year-old female patient admitted to the emergency department due to abdominal pain, nausea, and hypotension. On computerized abdominal tomography, an extraluminal mass lesion reaching about 10 cm in diameter and invading the iliopsoas muscle was detected in the descending colon. Perforation associated with sigmoid tumor invasion of the psoas muscle was observed, and the patient underwent surgery. Pathologic diagnosis was mucinous adenocarcinoma (>50% mucinous). Perioperative peritoneal culture of material obtained during surgery yielded ESBL-producing E. coli. Multiple beta-lactamase genes (TEM 1, CTXM-1, CTX-M 15, and CMY-2) were detected in this agent. The characteristics of the patients with ESBL positivity and cefoxitin resistance are presented in Table 3.

This study is the first conducted in our country to present clinical findings in CA-IAI patients together with the causative agents and their resistance features. In our study, E. coli was the most common (76%) gram-negative agent. ESBL production was 11.1% of all strains isolated, 14.5% of E. coli strains. In perforated appendicitis in children, ESBL rate was reported 56.7 % and 31.2% in E.coli (9,10). In SMART study in Turkey, researchers did not present CA IAIs; however, ESBL rates in intensive care unit IAIs were 29.2 % (3). In an international study including Turkey, in which 1645 patients with community-acquired IAIs were evaluated, ESBL rate was 12, 2% (56/456) in E. coli isolates (11). We suggest that ESBL production in CA-IAIs can be a threat to our country.

We detected AmpC b-lactamase, CMY-2 enzyme in one (1, 6%) E. coli isolate (Table 3).   It was quite low when we compared 38% of bla CMY-2 in Enterobacteriaceae isolates from CA- IAI in Asia study (13). CMY-2 enzyme was reported before in different samples, for example, blood samples in one of our study centers (14). We demonstrated CTX-M genes and bla CMY-2 in E. coli strains from CA-IAI for the first time in Turkey. CMY-2-like enzymes are among the most common pAmpC enzymes worldwide and are reported to be precursors of other CMY variants (15, 16). pAmpCs can spread between species by horizontal migration. In our study, cefoxitin resistance was still low; it can be supported with further studies.

Surgical infection society guideline suggests having samples for culture to tract epidemiologic changes in CA-IAIs. (19). In Turkey, perioperative culture rates in cIAI cases vary across operations. In a recent study in our country, surgeons took samples for culture in 94.7% of intra-abdominal abscess and 9.6% of acute appendicitis (20). In another study, pediatric surgeons had taken intraoperative cultures in 20% in acute and 67% perforated appendicitis (9). In an international study, intraperitoneal specimens were taken 59,4 % in CA-IAIs (11). Infectious disease and clinical microbiology specialists should emphasize the importance of sampling for culture to guide empirical therapy in the future.

We had some limitations in our study, the most important of which is the small number of patients. Another shortcoming of the study was that to reduce costs, molecular analyses were not done for all strains, but only for resistant E. coli strains. We defined five enzymes molecularly of nine ESBL positive isolates. This can be a result of ESBL plasmid loss during stocking, the presence of a minor ESBL not included in molecular tests, or misinterpretation of the phenotypic test. Different studies reported similar situations (21, 22). Our data represent just three geographic regions, so we cannot generalize to the whole country.

In conclusion, we report more than 10% ESBL rate in the gram-negatives isolated from CA-IAIs. Quinolone resistance was >% 20, so that quinolones should not be the first choice for the treatment of serious IAI’s in our country.  We also suggest that ESBL production in CA-IAIs can be a threat in our country. Cefoxitin resistance rate was still low in E. coli isolates. To generate a countrywide epidemiologic data, surgeons should be aware of importance of sampling in CA-IAIs. This data can guide appropriate empiric antimicrobial therapy in the future.

Acknowledgements: We thank all surgeons who took samples for our study.