We lost a great friend, a great virologist, a brilliant scientist, and a passionate intellectual*. Here, I wrote about him as a co-worker in many adventurous scientific investigations and efforts.

Prof. Kenan Midilli (1963-2022) worked on viruses, particularly the ones that threatened the public health in our country or the world. Working on emerging viruses is always challenging, and he had enough courage to work in that field whenever it was needed. I first met him in İstanbul at a conference for Crimean-Congo hemorrhagic fever (CCHF) in 2006. At that moment, I realized he was the virologist I would like to work with. As he was educated and trained in İstanbul, I had not had the chance to meet him until 2006. He graduated from the İstanbul University School of Medicine in 1987. He completed his residency at İstanbul University, Cerrahpaşa School of Medicine, Department of Infectious Diseases and Clinical Microbiology in 1998, and then he devoted himself to virology.

Our mutual collaboration with Professor Kenan Midilli can be summarized in four groups, 1) CCHF, 2) Influenza A H1N1 pandemic, 3) Orf disease, and 4) COVID-19 pandemic. 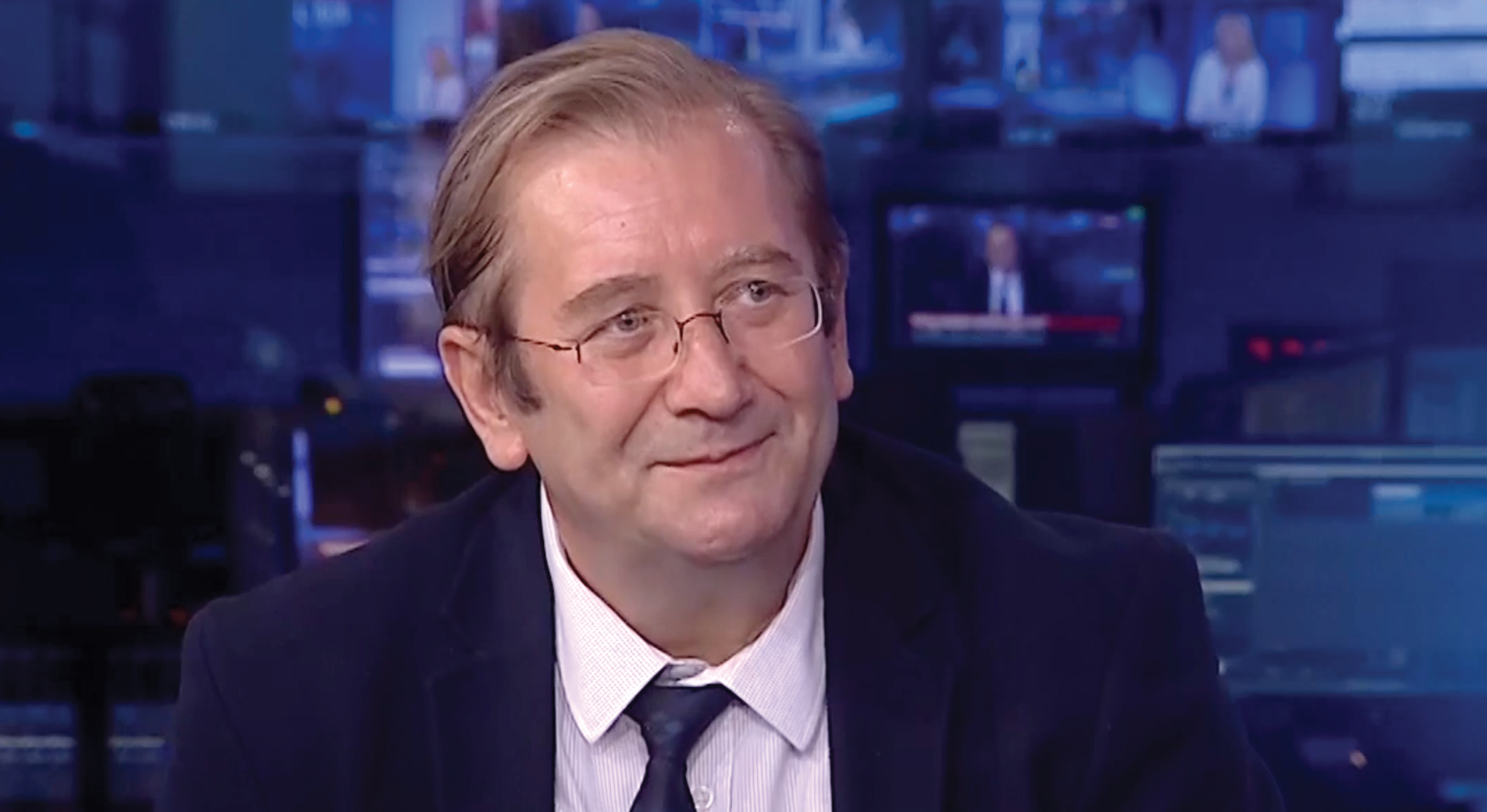 We detected the first CCHF cases in Istanbul, all imported from Eastern Anatolian cities where the epidemic was rooted (1). This was our first excitement. Then we decided to screen the cases in the European region of Turkey (Thrace) neighboring Greece and Bulgaria (2, 3). Prof. Ayşen Gargılı performed the fieldwork, and Professor Kenan Midilli detected a strain different than the one detected in Anatolia. I encouraged them to name this strain Kenan Midilli-Ayşen Gargılı (KMAG), like the AP92 reported from Greece. The case had mild symptoms (2). Then, he supported many other centers in Turkey that sought help in the identification of the viruses (4). He continued to work on CCHF in the ensuing years. The CCHF was a significant public health problem for Turkey, and Professor Kenan Midilli always preserved his interest in this topic. We received the Scientific and Technological Research Council of Turkey (TÜBİTAK) grant for the investigation of the CCHF virus and tick-borne encephalitis (TBE) virus in ticks from all around Turkey (5), and he made a great effort not only in laboratory studies but also in the field. In 2009, CCHF outbreak emerged in Tajikistan and Kazakhstan, World Health Organization (WHO) sent me to Tajikistan as the leader of a investigation group. I went to Dushanbe, we needed virologists and I referred Kenan Midilli. Then, few months later Kenan Midilli and Ayşen Gargılı went there for further investigations. He supported and mentored many other studies aiming at original epidemiological investigations in the One Health topic. Some of them were supported by TUBITAK (5-7), and some were published (8-11). He had always liked to learn and apply every aspect of his study subject with enthusiasm.

Another exciting study that we were involved in together was on investigating an unknown outbreak in Gaziantep, a nice city full of history in Southern Anatolia, in 2012. The physicians of Gaziantep Ersin Arslan Hospital submitted pictures of some dramatic-looking skin lesions of the patients in the burn unit. They were trying to figure out the cause of the dramatic skin lesions. Many colleagues had bet for fungal infection but could not name it. I flew to Gaziantep with Dr. Nur Benzonana, MD, and Dr. Mert Kuşkucu, MD, and met with the surgery team there, Dr. Ahmet Erkılıç, MD, and Dr. Harun Analay, MD. We collected the samples and sent them to the laboratory in İstanbul. Eventually, Professor Kenan Midilli, together with Mert Kuşkucu, MD, detected the unknown agent as orf virus and reported it as “Orf virus strain CTF_GAntep_2 major envelope protein gene, partial cds” (13). Investigation of orf disease was a surprise to all of us. The virus was transmitted to a pediatric burn patient from the sheep during the Eid al-Adha holiday and was introduced to the burn unit, followed by an extensive transmission among the patients. We reported the first outbreak of nosocomial orf infection in a hospital burn unit in Gaziantep, Turkey (14). Our effort was a good example of investigating an unknown outbreak. Dr. Ahmet Erkılıç, MD, who was the director of the Burn Unit, was awarded for pioneering the research in clinical practice at the Turkish Society of Clinical Microbiology and Infectious Diseases (KLİMİK) Conference in 2013 (15).

All these enthusiastic examples of collaborative studies provided the basis for a research center for infectious diseases, the Koç University İşbank Center for Infectious Disease (KUISCID; https://kuiscid.ku.edu.tr) which was founded in 2020. Undoubtedly, Professor Kenan Midilli would be one of the first names on the advisory board of our center.

During the COVID-19 pandemic, he contributed to scientific studies (16) together with Prof. Füsun Can, MD in the KUISCID. During the pandemic, he was one of the fixed speakers of regular periodic web conferences organized by KLİMİK together with Prof. Alpay Azap, MD, Prof. Serap Şimşek-Yavuz; MD. I had the honor of chairing these legendary online symposia on a regular basis. These weekly web-based seminars and regular monthly updates on the COVID-19 pandemic became one of the best sources of accurate information for infectious diseases and clinical microbiology specialists during the pandemic.

He was one of the most up-to-date colleagues during the pandemic. His critical reading of thousands of published materials was both unforgettable and admirable. We read the published scientific documents with highly critical eyes for 16 years, but our effort reached its peak during the pandemic, and Professor Kenan Midilli was at the very top of this peak. We all felt that he read almost every single sentence of all critical documents. Moreover, he enjoyed sharing and discussing the important points of the articles he read with us. Many important research questions stemmed from these discussions. Because of his high potential for critical appraisal, he had a significant role as a member of the editorial board of the Infectious Diseases and Clinical Microbiology Journal (IDCM), which was launched in 2019, just before the COVID-19 pandemic. He contributed significantly to the journal with his comments on the emerging variants of SARS-CoV-2 (17-19).

He was involved in many projects which were at the conception level. One of them was about the history of coronaviruses and was initiated by Dr. Şiran Keske, MD. I hope this project moves ahead and we see the end products.

He was one of the members of the COVID-19 Advisory Board of the Ministry of Health. He always advocated public health and defended scientific measures to decrease the harm of the pandemic. His calm, positive character could also be observed in many informative TV programs. He succeeded in presenting a model for scientists in media, being critical with no agitation.

All these scientific efforts that I tried to summarize were performed with a blend of cultural, sociological, and historical talks and chats that we all enjoyed and still think about. Besides his great contribution to virology, he had a wide spectrum of interest in all aspects of cultural issues, including history, sociology, and literature. I think Goethe’s “West-Eastern Divan” fits very well with the spectrum of his interests, blending cultures and exploring the essence of humanity. Professor Kenan Midilli had the privilege of knowing two foreign languages, English and German, fluently, not only as a communication tool but also for deeply digging into two different cultures. Talking with Professor Kenan Midilli about ancient Greek and Rome, Renaissance culture, elaborating works of Goethe, Thomas Mann, Ernest Hemingway, Orhan Pamuk, Oğuz Atay, Yaşar Kemal, and other Turkish authors, detecting the differences and the commonality, and synthesizing for humanity were never-ending joyful reflections.

He was a hard-working, down-to-earth, generously teaching professor who went after public health problems and taught generously to his followers. We will sorely miss his unique and priceless scientific support for the country and the globe and his original views on almost anything and everything.

* Prof. Kenan Midilli passed away on November 4,  2022, one day after he was admitted to our hospital with a complaint of back pain. He was diagnosed with widespread anterior and inferior acute coronary syndrome when he stepped into the Emergency Department of Koç University Hospital. He underwent angiography and then a coronary bypass operation but passed away despite the enormous effort of the emergency, cardiology, and cardiac surgery teams. He was 59 years old. Now, he rests in the cemetery of his peaceful Ertuğrul village of Kırklareli, where he was born and got his elementary school education.