Analysis of Scientific Publications on Acinetobacter bacteremia in Web of Science

Objective: We aimed to investigate the literature on Acinetobacter bacteremia (AB), which is always on the agenda because of increased mortality and morbidity.

Methods: We used the keywords “Acinetobacter and bacteremia” and limited our search to the journal articles. Retrieved data were analysed to present various bibliometric indicators while maps were visualised using the VOSviewer technique. Data pertaining to the growth of publications, the most active countries and institutions, the most cited journals, and the mapping of molecular mechanisms of resistance were analysed.

Results: A total of 179 journal articles were retrieved, with an average of 24.68 citations per article. The annual growth of AB articles showed an increasing pattern during the study period. The articles were usually written in English (96.08%), and in 56.42% the research area was infectious diseases (56.42%). In terms of geography, three out of five countries were Asian in origin, and the leading country was Taiwan (30.72%).

Acinetobacter species are gaining resistance to antibiotics, and they became one of the most important pathogens causing healthcare-associated infections (HAI) (1). It causes mortality up to 40%, especially because of increased antibiotic resistance (2,3). We aimed to investigate the publications in scientific journals on Acinetobacter bacteremia, which significant morbidity and mortality. 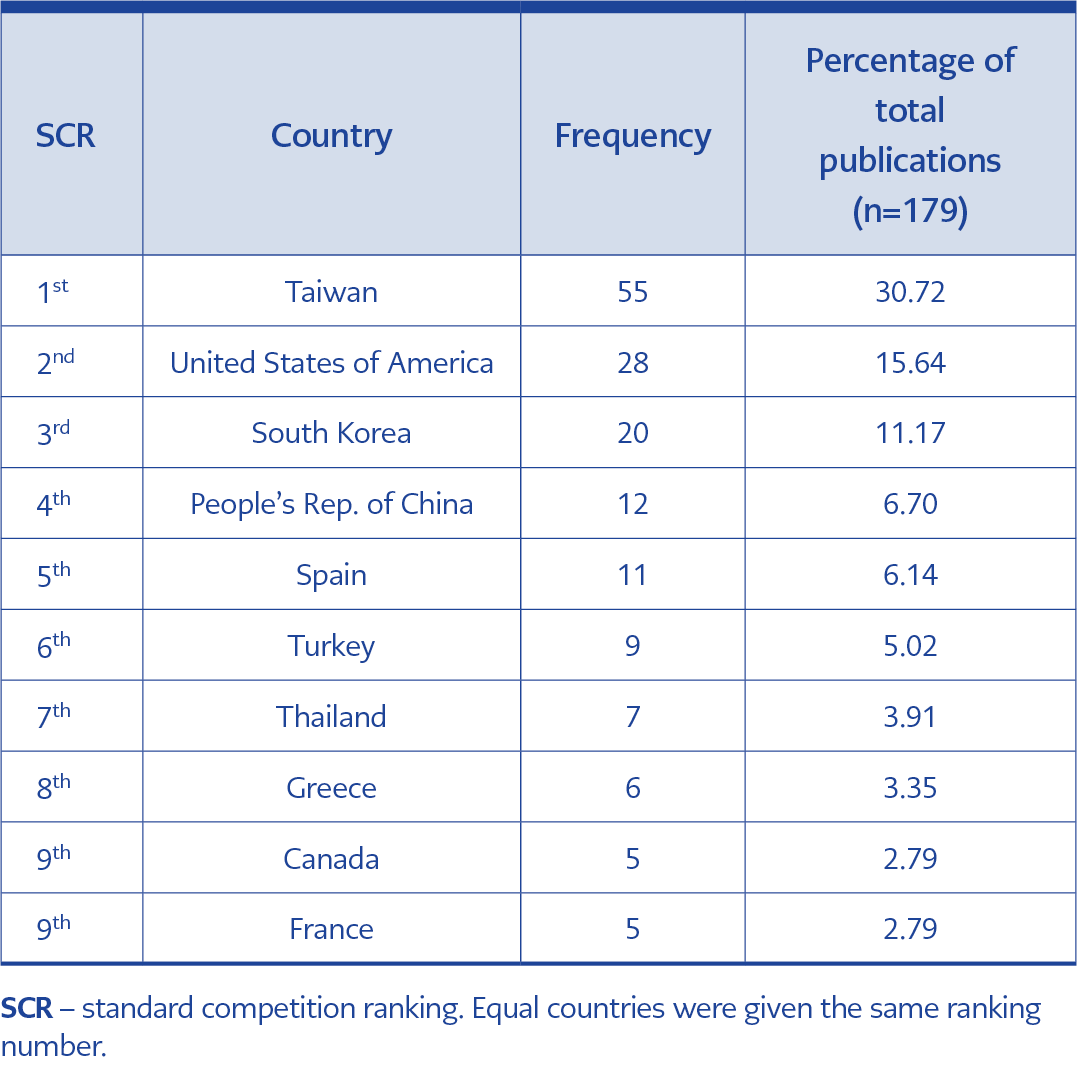 Data source: This study was carried out to retrieve data from the journals indexed in the Web of Science (WOS) database. Data were retrieved from the Science Citation Index-Expanded (SCI-E) of the WOS database (https://www.webofknowledge.com). Comprehensive bibliometric data and the SCI-EXPANDED, SSCI, A & HCI, CPCI-S, CPCI-SSH, BKCI-S, BKCI-SSH, ESCI indexes database were retrieved from the Web of Science (WOS) Core Collection, which is considered as the optimum database for bibliometrics in previous studies (4-6).

The dataset from January 1970 to December 31, 2020, was obtained from the WOS Core Collection. The selected keywords used in the WOS database were those related keywords ‘Acinetobacter’ and ‘bacteremia OR sepsis’. Language = English AND Document type = ‘Article’ were included.

The titles, years of publication, names of authors, nationalities, affiliations, keywords, names of publishing journals, abstracts of each record, and citations within the publications downloaded from WOS were saved as TXT files and imported into Microsoft Excel 2019.

The Hirsch (H) index and the impact factor (IF) of the publishing journals were used as indicators of the impact of publications (4-6). 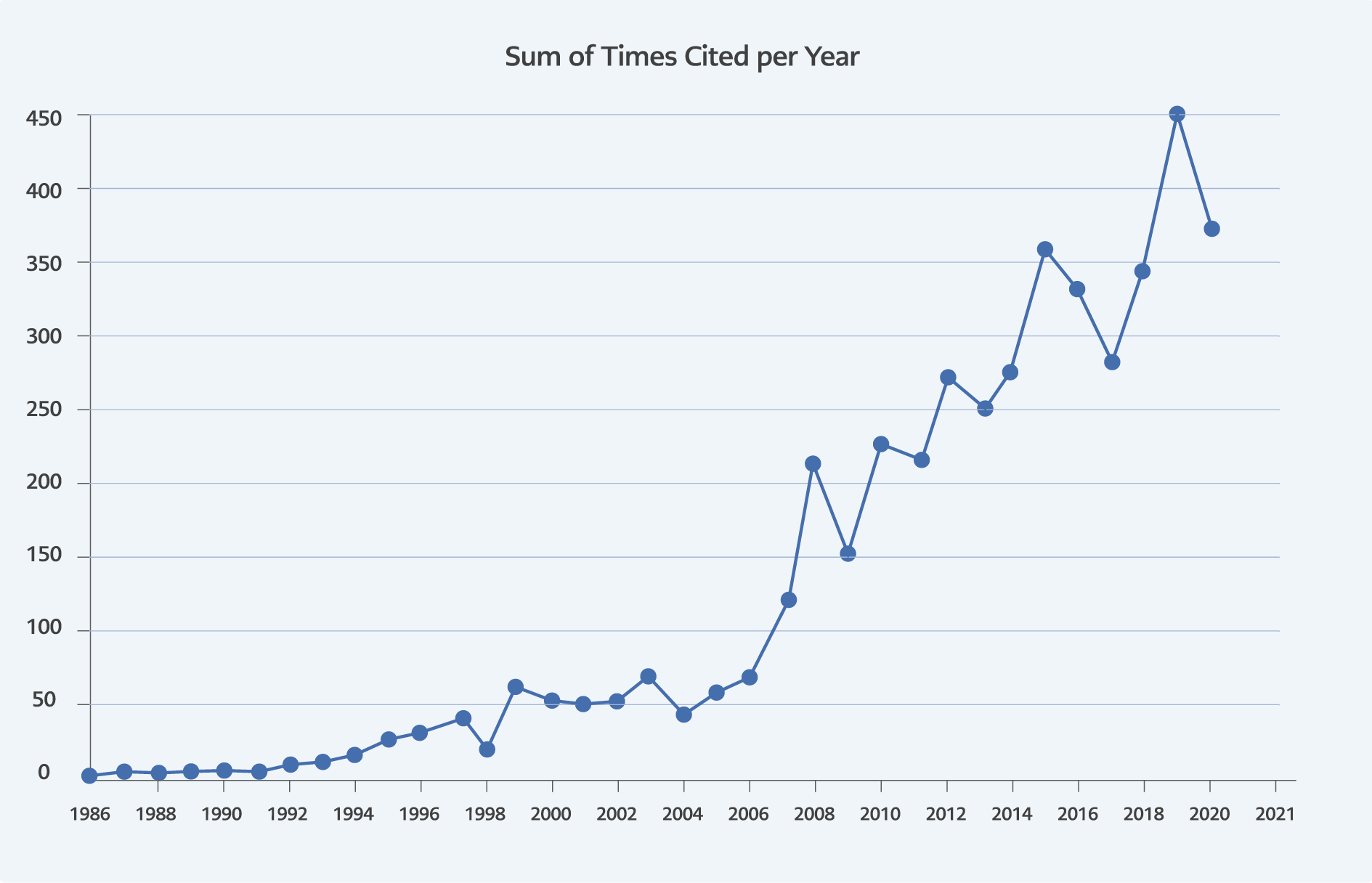 Figure 2. The citations by years between 1996-2021. The line refers to the citation number. 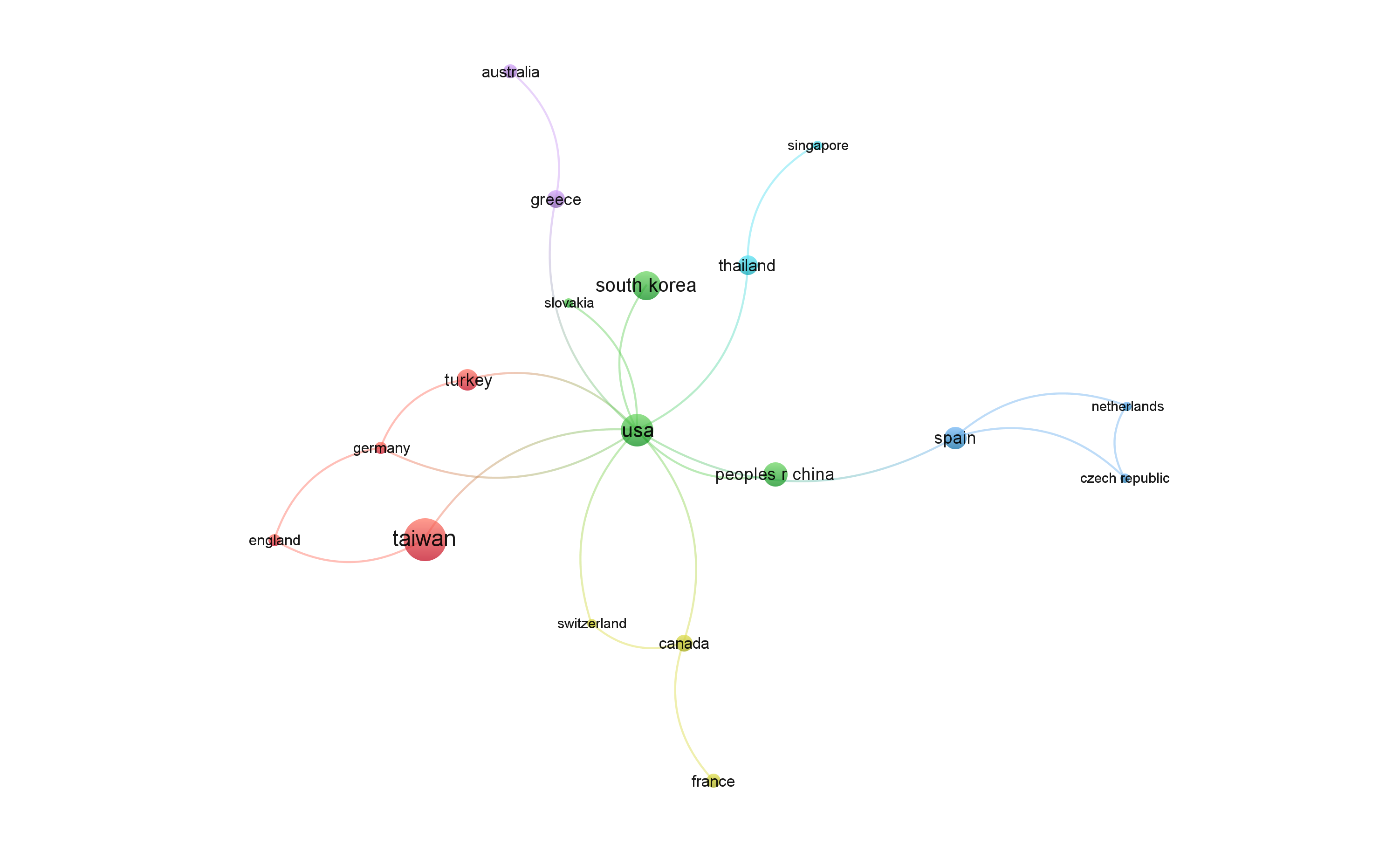 Retrieved data were analysed to present various bibliometric indicators while maps were visualised using the VOSviewer technique.  VOSviewer (Leiden University, Leiden, Netherlands) is a software tool for the visualised analysis of the publications used for bibliographic coupling, co-authorship, co-citation, and co-occurrence analysis (4-6).

Ethical consideration: Generally, in bibliometric type studies, no ethical approval was required as there is no human and animal involvement.

A total of 179 journal articles were retrieved, with an average of 24.68 citations per article. Even if the study includes the period between the years 1970 and 2020, the first article was in the year 1985. 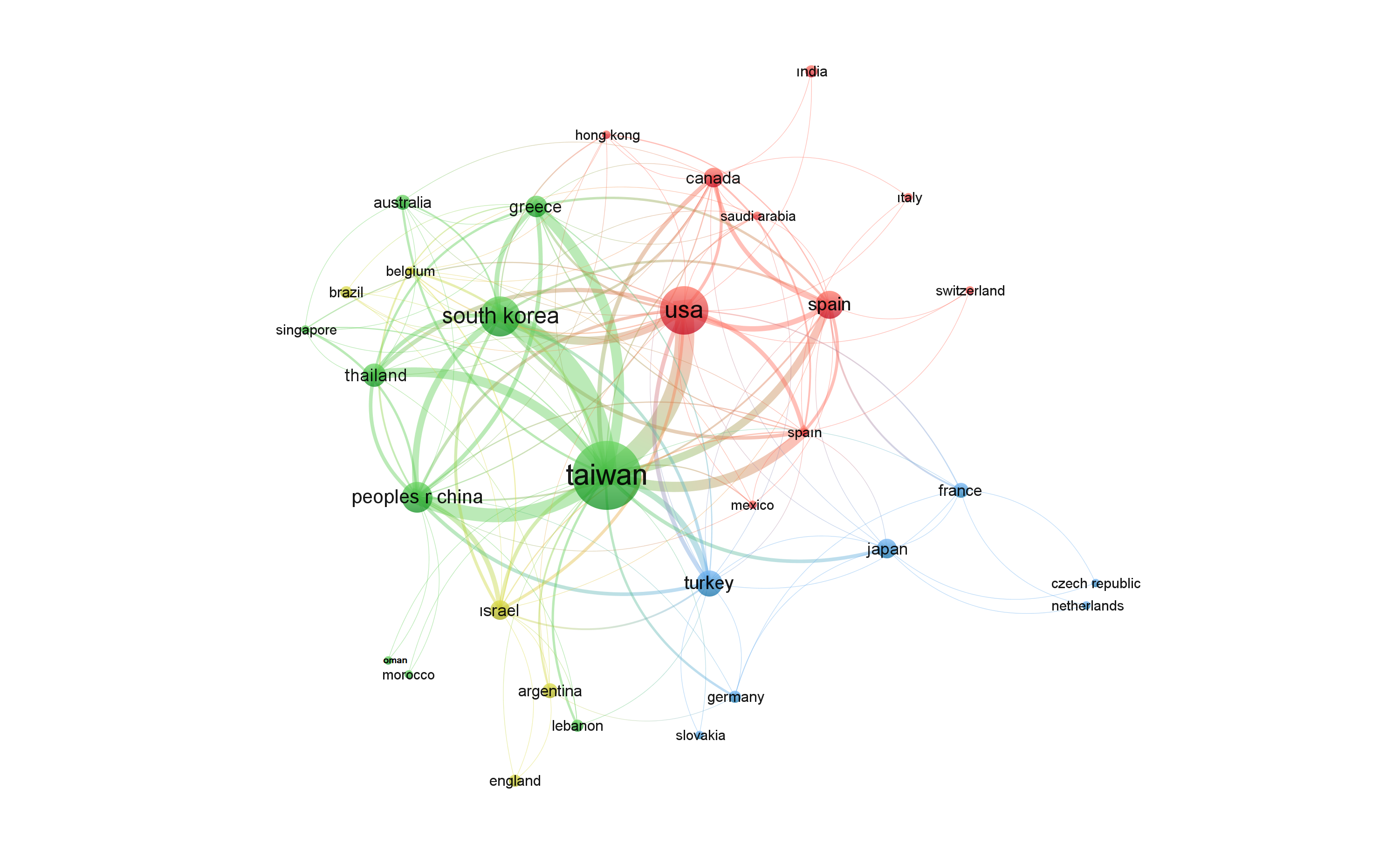 Retrieved articles received a total number of citations of 4417, an average of 24.68 citations per article. The H-index of the retrieved articles was 36.  A total of 159 (88.82%) were cited at least once, while the remaining 20 (11.18%) articles were not cited at all.  The top three cited articles on Acinetobacter bacteremia were published in Clinical Infectious Diseases (240), Medicine (188 citations) and American Journal of Epidemiology (150 citations).

While the international countries were up above, the citation analysis of the 34 countries showed that the most (Figure 3,4).

We sought to give a bibliometric overview of the literature on Acinetobacter and bacteremia between 1970-2021, by using WOS database, which has been used in previously published bibliometric studies.  We showed that publications Acinetobacter bacteremia have been increasing and growing rapidly in the past decade. Even with a low number of publications, the high H-index number indicates the importance of this subject to a variety of clinicians and researchers. Furthermore, the studies were from all over the world-this subject concerns almost all world regions. However, in the top five active countries, there were three Asian countries. Growing numbers of the study of Acinetobacter bacteremia in Asia was significant.  The difference between co-authorship and citation figures showed that this subject is a global concern and needs many more international collaboration studies (co-authorship).

The current study has several limitations. The studies the in journals that were not indexed in the WOS database could not be included. Also, keywords were only in English, so publications written in other languages ​​could have been missed. Another limitation was not including tther databases such as Scopus, Pubmed. Analyses were made only by the VOSviewer; other software such as CiteSpace II and Bibexcel) could be used in future studies.

In conclusion, publications on Acinetobacter bacteremia have been increased in recent two decades. Our study shows that the most of the publications on Acinetobacter bacteremia contributed by Taiwan, with a growing number of studies, especially in Asian countries. The rest of the world contributes a considerable share. This bibliometric analysis shows the growing numbers in Asia and the globe.

Ethical Approval: Not applicable. No approval is needed for bibliometric studies.